The eye is one of the most important organs in the body and is responsible for one of our most vital senses. Several thousand times a day, your eyes move and focus on images near and far, providing you with a highly detailed chain of three-dimensional pictures of the world around you. Your eyes have helped you accumulate a lifetime of memories in visual form, making it a precious gift that is unlike any other. Because of this, you should never compromise when it comes to your eye care. Here at Clarke EyeCare Center, our doctors understand the important role your eyes play in your life, and they’re dedicated to helping you protect and preserve your sight. We offer comprehensive, leading-edge vision care for your whole family, backed by many years of combined experience. Their capabilities include state-of-the-art diagnosis and treatment of vision problems and eye disease, LASIK and PRK assessment and co-management, corneal refractive therapy (CRT) and prescribing glasses and contact lenses and dry eye treatment. We are now proudly providing non-invasive anti-aging & aesthetic services. 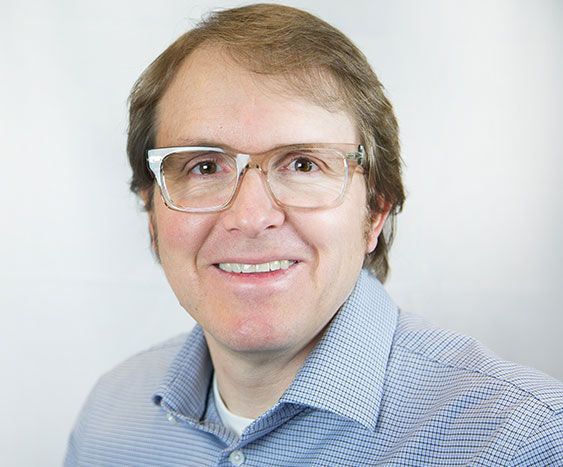 Dr. Danny Clarke was born in Houston, Texas while his father, Dr. Calvin Clarke, was attending optometry school. He moved to Wichita Falls at an early age when his dad started his optometric practice and graduated from Rider High School in 1987. After earning a Bachelor of Arts in Biology from the University of Texas at Austin in 1991, he moved to Houston to pursue his optometry degree to follow in his dad’s footsteps. He graduated from the University of Houston College of Optometry in 1995 and he and his wife, Dr. Elizabeth Clarke, moved back to Wichita Falls to join his dad in practice.

Dr. Danny has a special interest in diagnosing and treating dry eye disease, as well as educating patients on preventative measures to decrease the risk of macular degeneration. He has lectured across the US and is an advisor for various companies. He is also a member of the American Optometric Association and Texas Optometric Association.

Outside of patient care, Dr. Danny has spent his career working to develop people and systems to best serve our patients and is proud of the culture we have built at Clarke EyeCare. Through his consulting business and as a licensed coach through the Great Game of Business, he has traveled extensively around the US and Canada helping hundreds of his optometric colleagues improve the culture of their practices.

Dr. Danny enjoys spending time with his wife, Dr. Elizabeth Clarke, and their two college kids, Caroline and Drew, who both attend UT Austin. He has been an usher at First United Methodist Church since they joined in 1995.

“The joy of seeing someone else accomplish something that they didn’t even realize that they were capable of is the joy of leadership.” 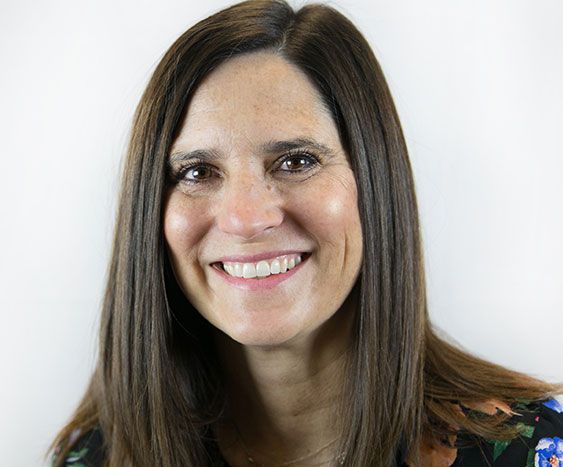 Dr. Elizabeth Clarke was born and raised in Manhattan, Kansas. After completing her Bachelor’s degree in Biology at the University of Kansas in 1991, she attended the University of Houston College of Optometry, graduating in 1995. While in optometry school, she became interested in diagnosing and treating eye conditions in children and completed an internship in pediatric eye care at Houston Eye Associates. She met Dr. Danny Clarke in Houston while they were attending optometry school and they married in 1994 before moving to Wichita Falls to join Danny’s dad in practice in 1995.

Dr. Elizabeth has a special interest in vision care for children and sees kids for eye exams at any age. Her goal is to get them on the right track for learning. She also performs a specialty exam for people with the slight eye misalignment. Binocular vision disorders can cause mild to severe symptoms from headaches, dizziness, and skipping lines when reading. She is a member of the American Optometric Association and Texas Optometric Association.

Dr. Elizabeth is passionate about family and enjoys spending time with her husband, Dr. Danny Clarke, and their two kids, Caroline and Drew, who both attend the University of Texas at Austin. She cheers for Texas with her family but will forever be a Jayhawk! She is a member of First United Methodist Church, loves cooking and gardening, and taking walks with their two dogs.

“What lies behind us and what lies before us are tiny matters compared to what lies within us.” 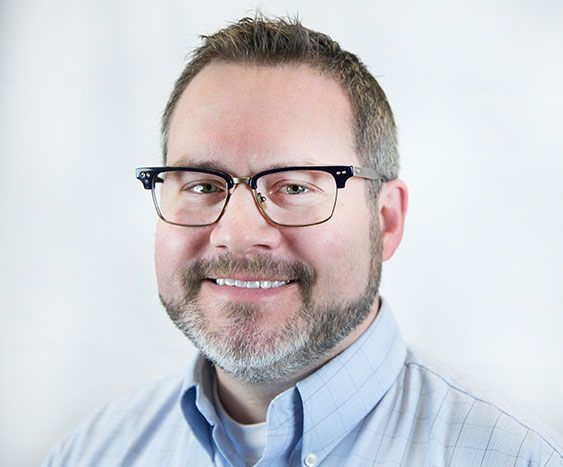 Dr. Tom Schell grew up in North Carolina. After studying Biology at UNC-Greensboro, he attended the UAB School of Optometry on a 4-year Military Health Professions Scholarship. Upon graduating with honors in 2006, he served as an active duty army optometrist until 2013, at which point he joined the staff at Clarke EyeCare Center.

Prior to joining Clarke, Dr. Schell served as the clinic chief of two different optometry clinics. During this time, he was formally recognized by the hospital command for excellence in patient care and received a Meritorious Service Medal for his service during the Iraq Campaign, where he provided eye care to over 20,000 Iraqi detainees. In addition to his military duties, he served as a Clinical Adjunct Professor for the Rosenberg School of Optometry in San Antonio, TX.

Dr. Schell brings with him a broad range of clinical experience in primary care optometry and in managing ocular disease/trauma. As a member of the National Glaucoma Society, he has a principal interest in treating glaucoma patients to the highest standards of ophthalmologic care. He is also a member of the American Optometric Association and Texas Optometric Association.

On a personal level, Dr. Schell enjoys reading, serving and spending time with his kids. He is married to Jane VanLeeuwen Schell, who is the driving force behind everything. With six kids at home, they both stay busy with band, swim, volleyball, piano, and church activities. They have grown to love Wichita Falls and the sense of community here, and they look forward to living here for
many years to come!

“Forget yourself and go to work.” 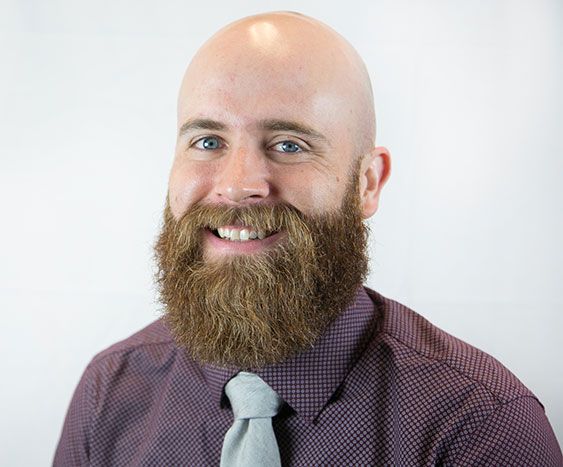 Dr. Colton Heinrich was born and raised in Carlsbad, New Mexico. He attended Friends University of Wichita Kansas on a Tennis Scholarship where he received his Bachelor of Science in Health Science. After graduation, he married his wife Logan Heinrich and they moved to Houston, Texas to pursue a career in Optometry at the University of Houston College of Optometry.

During his four years, Dr. Heinrich became very passionate about specialty contact lens designs. After graduating in 2015, Dr. Heinrich completed a residency in Cornea and Contact Lenses at the Southern California College of Optometry in Fullerton, California. During his residency, Dr. Heinrich became proficient in a variety of forms of contact lenses including, gas permeable contacts, multifocal contacts, CRT lenses, scleral gas permeable lenses, and myopia control. After his residency, he returned to Texas to join Clarke EyeCare Center. While seeing patients at Clarke EyeCare, he is performing care in a primary eye care setting with an emphasis on specialty contact lenses and ocular surface disease.

Outside of private practice, Dr. Heinrich is very active in academia. At Clarke EyeCare he is active in a variety of clinical research projects. He has received his Fellowship in the Scleral Lens Education Society and the American Academy of Optometry. He is an Education Consultant for Valley Contax and is active on the lecture circuit lecturing in Optometry Schools and National Meetings. He is also a member of the American Optometric Association and Texas Optometric Association.

Outside of the optometric world, Dr. Heinrich can be found on the tennis court and on the bike trail. He is a member of Floral Heights UMC and the Wichita Falls Rotary Club. However, the thing Dr. Heinrich enjoys most is spending time with his wife, Logan, and keeping up with his two children, Cambria and Hosmer.

“Passion in action is compassion.” 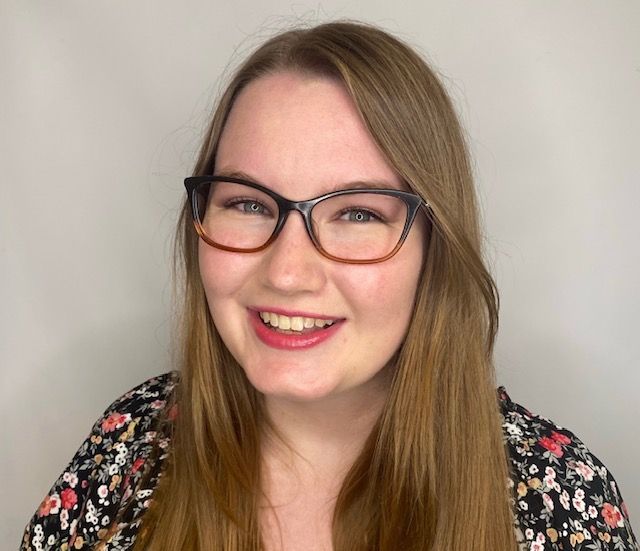 Dr. Maranda K. McGonigle is a Texan through and through. She was born in DFW, and grew up in rural Springtown, Texas. After high school, she attended Tarleton State University where she graduated with an honors degree in Biomedical Science with a Chemistry Minor. After her undergraduate career, she went on to attend the University of Houston College of Optometry, graduating in 2019.

While at the University of Houston College of Optometry, Dr. McGonigle had a variety of interests; however, she spent most of her time volunteering with organizations that provide eyecare to disadvantaged populations. Vision screenings at the Texas Special Olympics, refugee health fairs, and an optometric mission trip to a remote area of Honduras are just a few of the ways she developed as both a doctor and a humanitarian. She also had the opportunity to provide eye exams to those displaced by Hurricane Harvey which left many homes flooded. In her last year of optometry school, she worked as a teaching assistant in a low vision lab, instructing students in a branch of optometry that aids visually impaired patients. During her externship, she worked in Houston’s Hope Clinic, a multidisciplinary community health clinic that provides healthcare to an international population of all ethnic and socioeconomic backgrounds.

After graduating the University of Houston College of Optometry, she moved from Houston to begin practicing in Wichita Falls with Texas Vision Associates. Shortly after, she found a home in Clarke EyeCare Center, where she continues serving the community to the highest standards.
​​​​​​​
Outside of practicing optometry, Dr. McGonigle spends most of her time with her husband, Clint, and their three kitties, Theia, Ollie, and Miso. She enjoys painting and knitting in her free time, and looks forward to her life in Wichita Falls.

"Your attitude, not your aptitude, will determine your altitude." 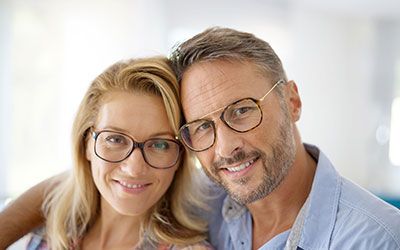 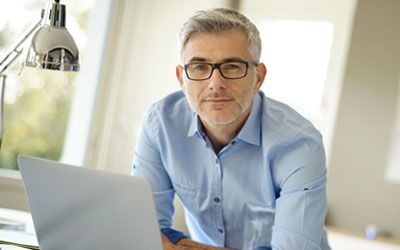 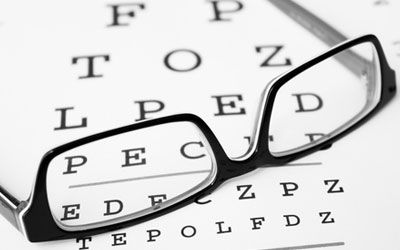